I arrived at the old “School Bus Turnaround” trailhead at 4:25am. Do note that the old trailhead is not available for parking on school days, and I highly suggest trying to park at the newer trailhead when possible. The new trailhead doesn’t open the gates until 7am, so it didn’t work for my purposes. 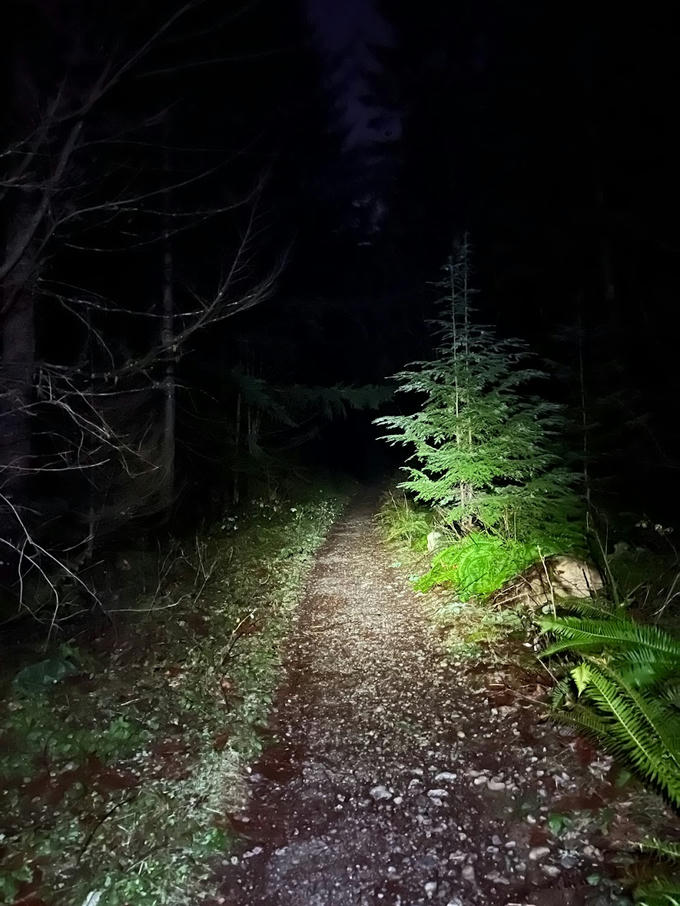 The hike up was easy going and uneventful. Snow started covering the trail in earnest at around 3,500ft. I used microspikes for additional traction, but I made it to the top without snowshoes. The bootpack mostly prevented postholing. I based my expected summit time on last week’s climb up Kamikaze Trail, but the additional length of the route I chose took longer then I anticipated. I still made it to the top before sunrise, but I really wanted to see Mount Rainier in the blue hour. I was still able to get a few decent pictures nonetheless.

A panorama of the Olympics in the distance 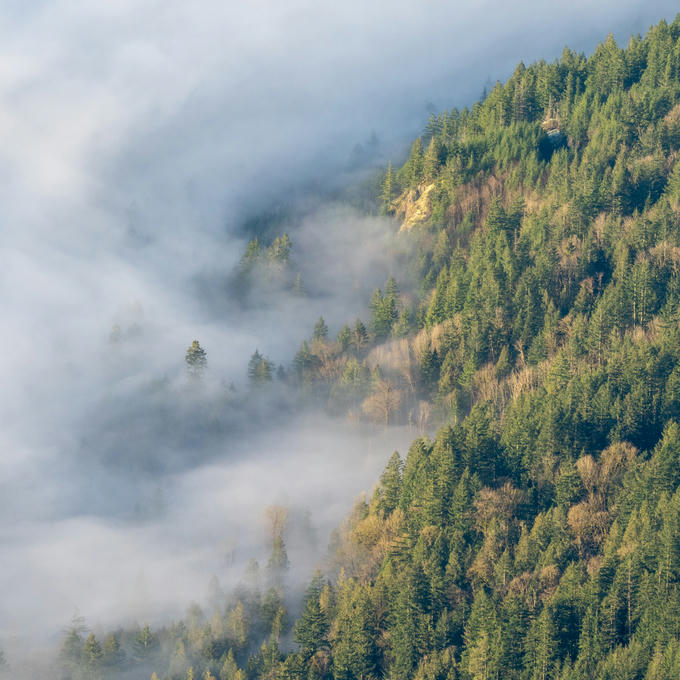 Fog moving through the trees

I spent almost two hours enjoying the sunrise to myself before starting my descent. By the time I got back to my car, both trailhead parking lots were full.