This month’s adventure finds us hiking along the PCT from the Sonora Pass to Leavitt Peak following this route on AllTrails.

Wanting to take some sunset pictures, Echo and I got a late start to the day, and we arrived at the trailhead around 3pm. The trailhead was a little less busy than I was expecting, and it was easy to find parking along highway 108. It was uncomfortably hot back down at Baker Campground where we managed to find a campsite without any shade, and the heat wave probably contributed to the light number of fellow hikers. At least the temperature was much nicer a couple thousand feet up by the pass. 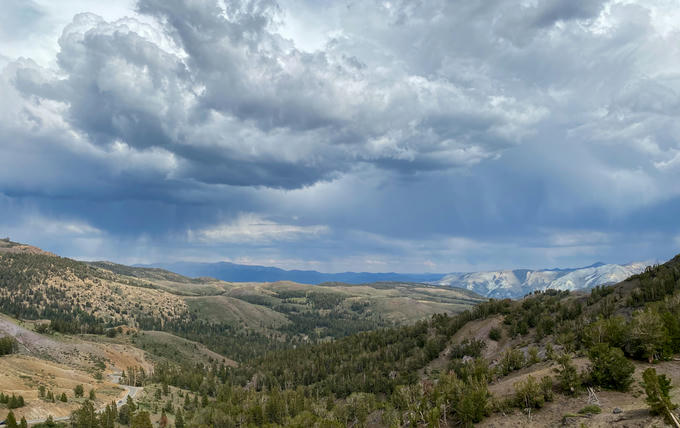 The first few miles were marked by the tune of thunderstorms to the east. Thankfully the storms didn’t move westward, and I got to enjoy them without getting wet. These first 2.5 miles of the trail were the most difficult; the trail was a lot more even after that point.

You get your first glimpse of Leavitt Peak after saddling the large hill around the 2.5 mile mark—right around when the trail crosses into the Emigrant Wilderness. Looking westward from here, you can see highway 108 cut through a beautiful valley. 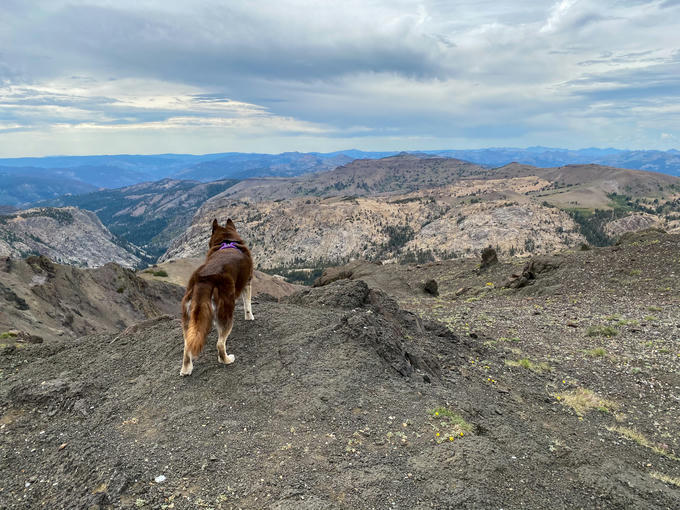 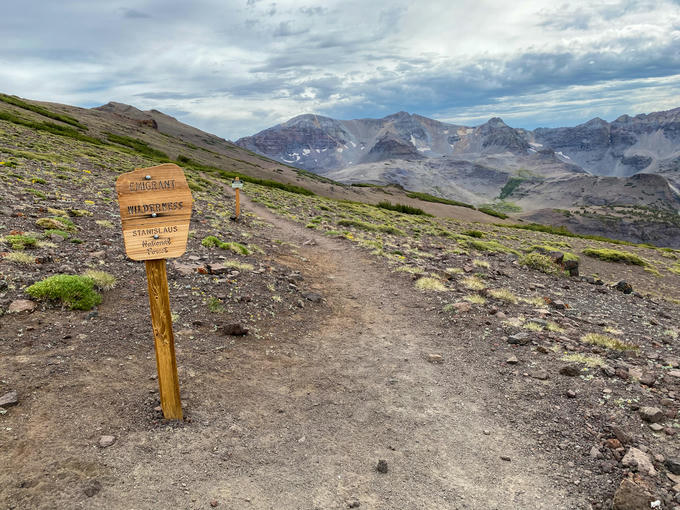 Leavitt Peak in the distance 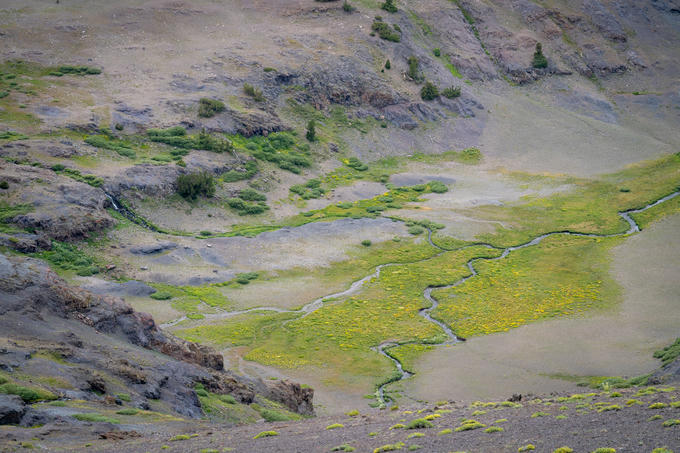 A little green in the valley

After meandering along this valley, you’ll come up on a dip and incline. Summiting this saddle opens up an amazing view of the eastern Sierras and Latopie Lake. The lake had several groups of campers playing in the waters along the north and south shores. From this side I could start to see the approach that would take us up Leavitt Peak. 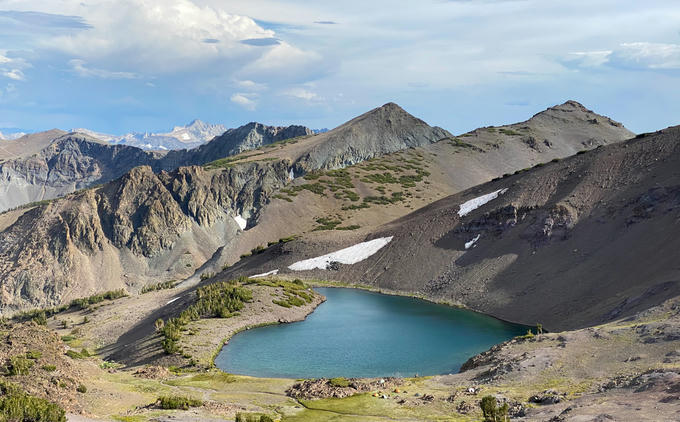 We continued to follow the PCT around the lake for about three quarters of a mile where we came to a fork in the trail well marked by rocks. The left was well traveled and continued along the PCT, and the right didn’t have a discernable trail after 10 feet. Right takes you to Leavitt Peak.

Unfortunately, this is where I called it quits. To spare the details, let’s just say both of my big toenails were very, very short. It didn’t cause me too many issues on the well-traveled PCT, but I stubbed my toes several times within a couple hundred feet of leaving the trail. Maybe I’m clumsy. Either way, my eyes were watering from the pain, and I decided to turn around. As consolation, I told myself that I would use the extra time to find a nice composition for a sunset photograph.

Some late season snow to cool off in

My consolation will have to wait for another day. The composition I had in mind didn’t work out well due to the cloud cover. As I was packing it in and calling it a night, the light broke through the clouds for a brief moment, and I grabbed an opportunistic shot of Stanislaus Peak in the golden sunset light. Not quite what I had in mind, but a nice end to a good hike nonetheless.

Stanislaus Peak in the sunset