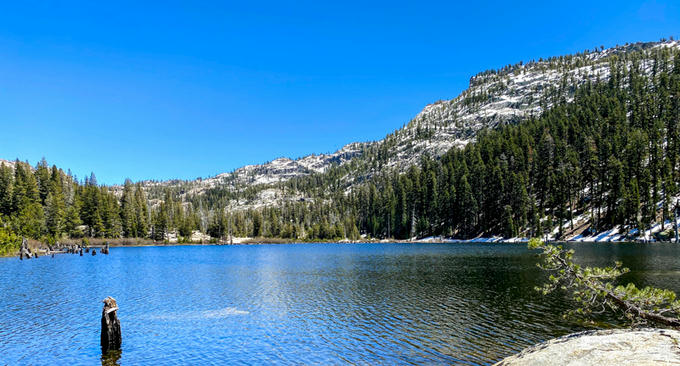 Being cooped up for several months due to the COVID-19 pandemic had me itching to get back outside, and Memorial Day weekend presented the perfect opportunity. Some brief scouting online had me interested in hiking to an unnamed peak near Bear Lake just outside Pinecrest. CalTopo has it marked as “Peak 9050”, but I’m not sure if it has another designation.

On Memorial Day, Echo and I left the Bay Area shortly after 7am and arrived at Crabtree Trailhead around 10:30am. The trailhead was busier than I expected, but there was still a lot of parking available. Thankfully it appeared as though most of the traffic was returning from a weekend of backpacking in the wilderness. I grabbed my backpack, leashed up Echo, and we hit the trail. 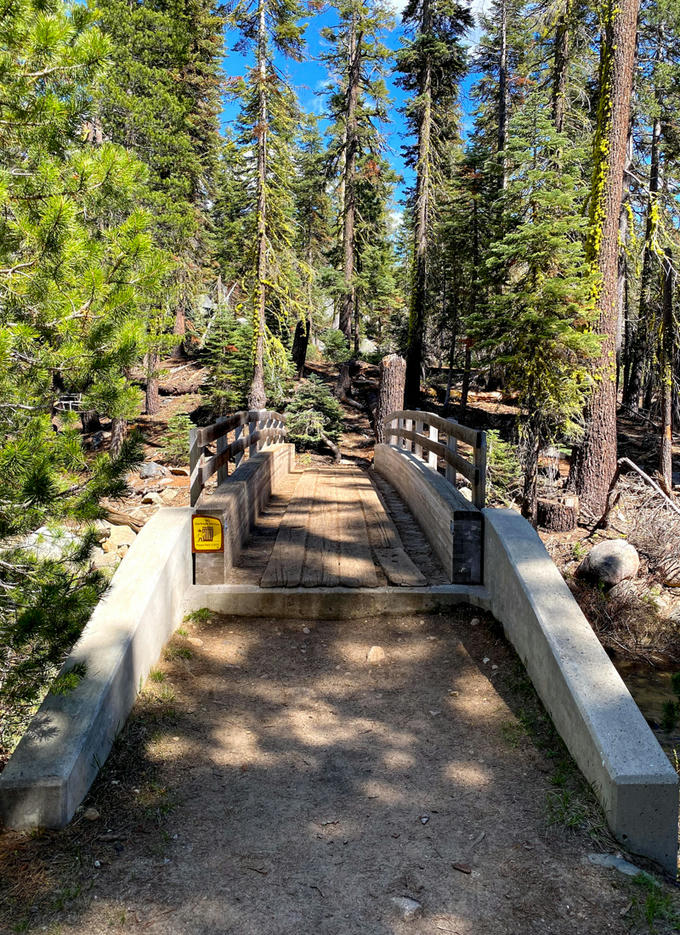 The first half of the hike was easy and uneventful. The weather was great, and the elevation gain was very gentle. I realized that I had made a few miscalculations when it came time to diverge from the trail and start heading up to Peak 9050: Lily Creek was flowing pretty heavily from the snowmelt, and the route up to the summit was more of a scramble than I thought. We made it across the creek, but Echo was struggling to push through the brush while scrambling. I decided to scrap my original plan and just finish the hike to Bear Lake. After two hours of hiking (and a little bushwhacking), we arrived at Bear Lake. 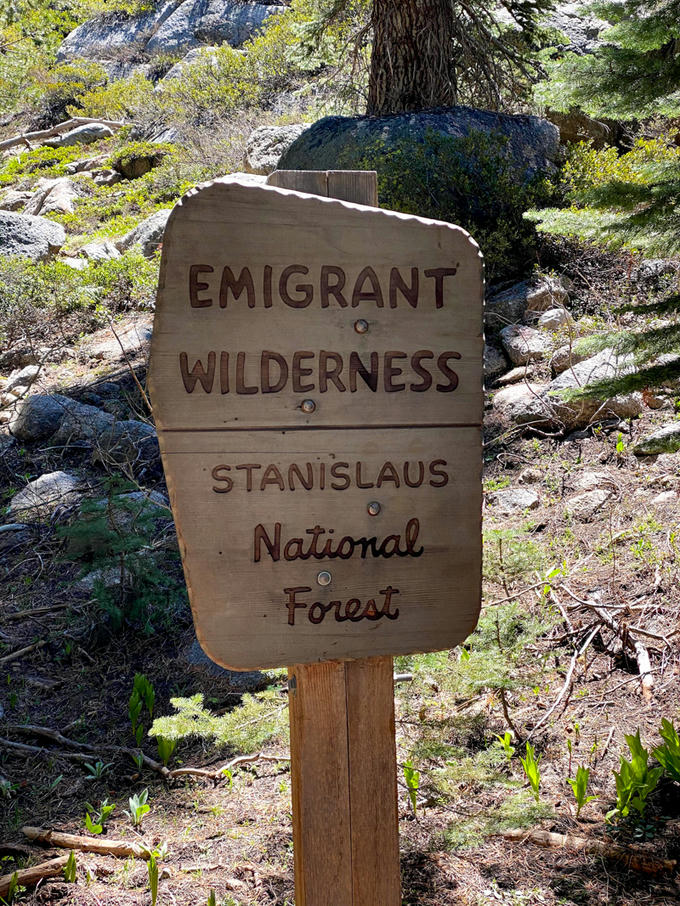 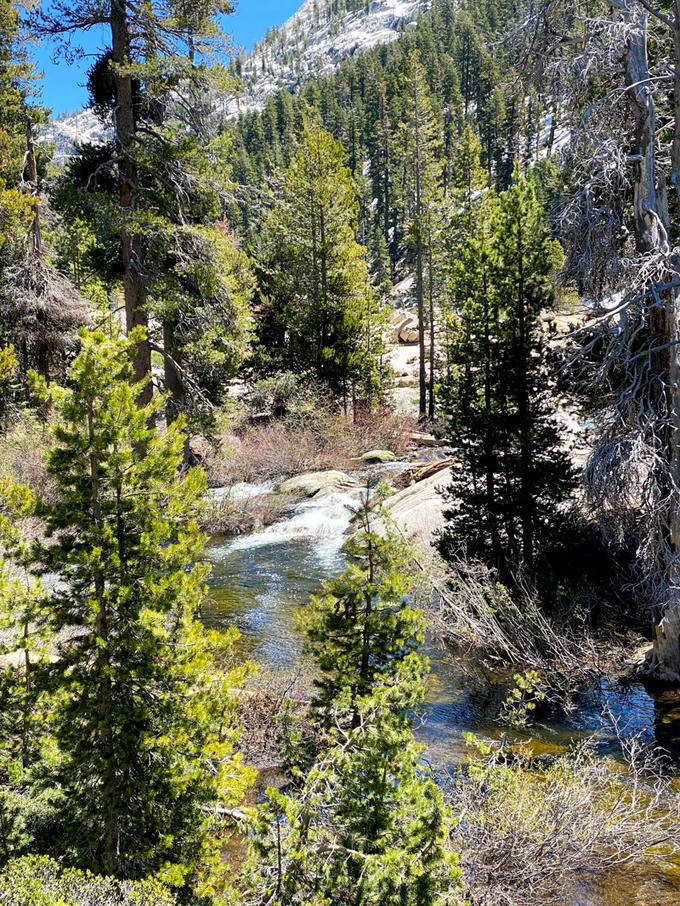 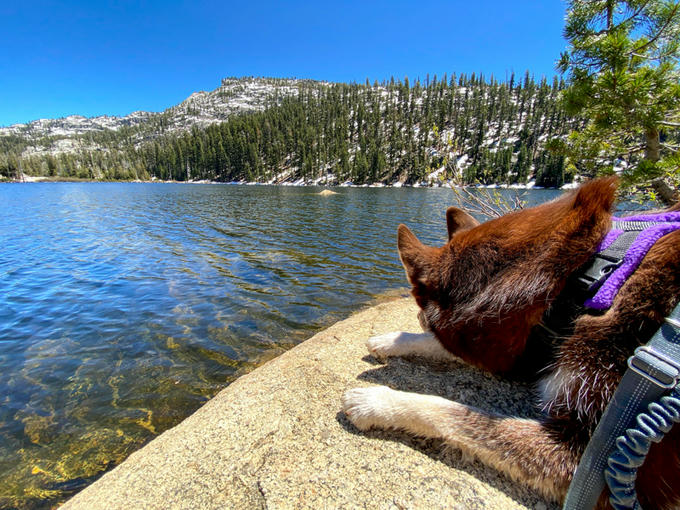 There were still a few groups around the lake breaking down camp, but we found a nice, secluded rock that was perfect for enjoying lunch while soaking my feet. A couple of people on the far shore were fishing, and I saw a few trout from where we were sitting. With a bit of luck, you could easily fish up dinner while camping out here.

Around 2pm I pulled my feet out of the water, put my boots back on, and we began the hike back to the trailhead. Echo must have been warm because she flopped over onto the first snow bank we found. I imagine laying in the sun for an hour at the lake didn’t help her much. 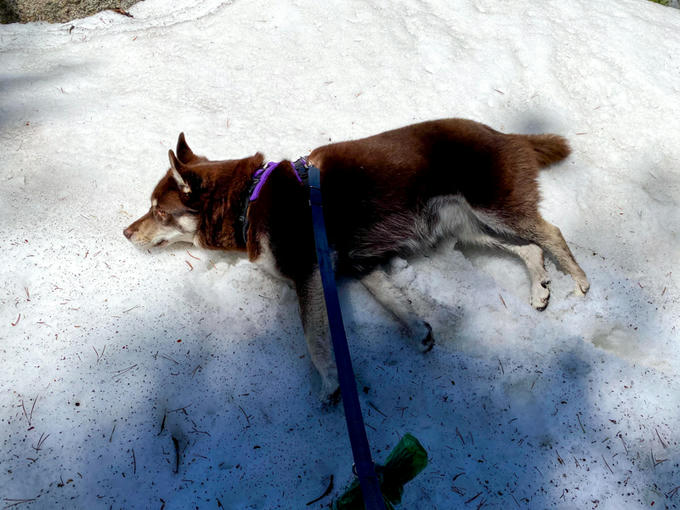 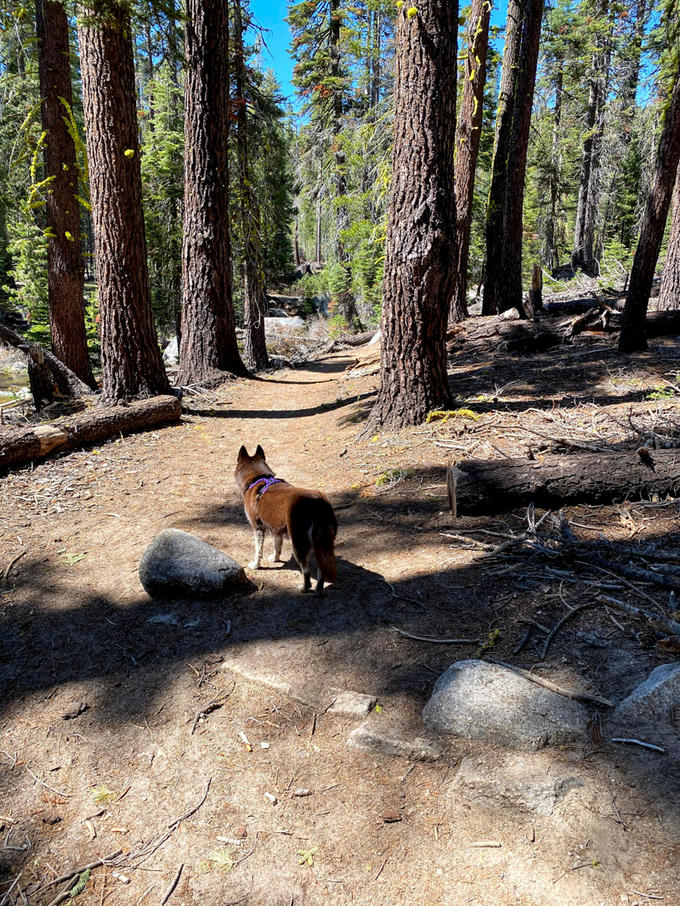 We arrived back at the trailhead around 3:20pm, enjoyed some homemade sourdough bread (yes, pandemic sourdough), and made our way back to the Bay Area.

Overall it was a good trail. Not quite worth the 6 hours of driving, but it was well marked, decently shaded, had some views, and had a lake waiting at the end. The people backpacking and spending the weekend probably had the right idea; that would have made the drive worth it. Still considering that camper set up I mentioned last time…